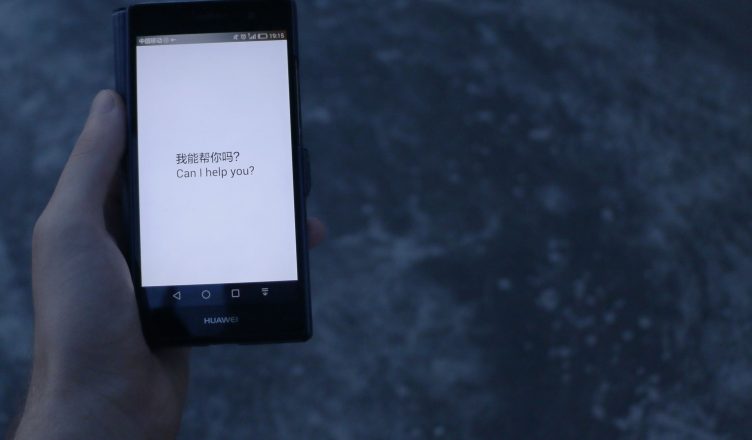 Most people know today, that the the “Great firewall of China” blocks Google, Facebook, Instagram and other websites and applications.

Before coming to China, I personally didn’t think about this and after arriving I was a little surprised that I really couldn’t reach these websites. I had gotten so used to these services that living without them was quite a hard task.

There are ways around this firewall such as the use of a VPN (virtual private network), most foreigners use these to access blocked websites on both laptops and smartphones. There are only a few free options though and most of them are not reliable.

After nearly one year of living in China, we realized that there are many alternatives to the applications used in the west and even some local apps that make life even more easier. In this guide we will inform you about what applications to use for a short stay but also give some more advice for a longer stay in China.

Baidu is basically the Chinese version of Google, offering the same services but tailored for the Chinese market. While this is a good idea here in China, this means it is unlikely to catch on internationally. Obviously I am not saying Baidu is as good as Google just that it is a suitable alternative. If I try to Google something in English or any other language, you can usually find the result very quickly, with Baidu however you usually have to search a little further. I think this is connected to the fact that the engine is made for Chinese and has problems with other languages.

Of course, you can also stick to other search engines such as Yahoo, Bing or maybe others but lets just face it: You are in China now, gradually you will learn more and more chinese words and that’s also what you will be searching for. I recommend you to use Yahoo or Bing for searching results not related to China, but for everything else: Baidu.

How do I get from A to B? This topic is partly covered in here in terms of vehicles or other methods of transportation but the exact route from A to B can sometimes only be answered through a GPS application.
Unfortunately google maps can not be accessed easily, there are no offline maps available and even if so, they would be inefficient for the same reasons mentioned in the search engines before.
The solution depends on the duration of your stay.

For a short stay, there are offline maps programs such as maps.me which can help you navigate to most places of interest. Usually public transport is only poorly implemented though and there is no consistency in the use of language – you never know which language you should search in.

If you are here for a longer time, again you should consider baidu. Almost every Chinese driver is using baidu maps to navigate around the cities because it has all addresses and is updated regularly. The whole layout of the application is Chinese though and therefore useless for a short stay.

Getting something to eat in a restaurant is part of the daily struggle of expats without chinese skills. Menus are not translated, not even into pinyin which leads to us staying hungry or always ordering the same food over and over again.
This time, we can actually recommend a google app! With google translate you can download different languages and translate them easily into any language. Additionally there is a camera feature, you can open your camera and the chinese characters will be translated right on the screen. Very useful in restaurants! Since the language is downloaded before, you will not need to have any internet connection to use it.

Greater China is a country with in total 4 currencies and a lot of travelers will actually face most of these currencies while being there. Since these currencies don’t have the same value and you have your own currency at home as well, you might get mixed up quickly and wish for an easy converter.
We use XECurrency, a simple currency converter that not only shows the recent values of currencies but also has a calculator included so you can add and subtract different currencies from each other. This was very useful when we traveled around Hong Kong, Macau and Mainland China when everybody lend the others money in one currency and got it back in another.

Many people might have heard about this application before. Tencent, the company behind WeChat tried to advertise this application in many western countries a few years ago – it was not very successful, Whatsapp and Facebook are simply more popular in most countries.

WeChat is basically a hybrid between both Facebook and Whatsapp and widely used in China. As mentioned before, Facebook is blocked here in China however Whatsapp is still available so don’t worry, you will still be able to reach your friends and relatives back home. Since the Chinese here usually use don’t have whatsapp though, you should consider WeChat to keep in touch with them.

WeChat is also offering a few more services than Whatsapp and Facebook! Of course, you can transfer pictures, videos, voice messages but there’s also the possibility to share .gif images or to even transfer money. It was really surprising to me that this service is actually being used!

The “moments” tab in your WeChat is what reminded me of Facebook: Here you can post pictures, videos and other things on a timeline for you and your friends. The comment function here is very restricted though and you can only see the comments of your direct friends – definitely a censorship measure.

Alipay was developed by Alibaba as a payment service for smartphones and is widely used around Hangzhou. Almost everybody here has this application and can use it to pay for almost anything – no more cash needed! Additionally you can use Alipay to do many other things such as order food, get tickets for the cinema and many other things.

Currently it is less popular outside Hangzhou, however large chains such as McDonalds and Seven-Eleven are now using it and it will probably catch on.

Alipay is not only making daily lives much easier, it is also making them cheaper with many places offering discounts for paying with Alipay.

Using Alipay there are 2 days you should highlight on your calendar: 11th of November and the 12th of December see huge sales and discounts for everybody who uses Alipay! More about this here.

Here is a detailed description how to register for Alipay as a foreigner, there will be simple contact details such as your email and phone number needed but also your passport number and a Chinese bank account!

As you gradually progress in your Chinese, you will want to write Chinese on your phone as well. We use the Chinese keyboard Sogou, because it is the most popular keyboard within China. This has no particular reason but it is programmed here in China and we believe that the Chinese programmers might have a higher expertise than foreign competitors such as google.

I hope this guide can help you get your smartphone prepared for exploring China!
Do you have any suggestions, do you know better applications? We are happy to discuss in the comments!