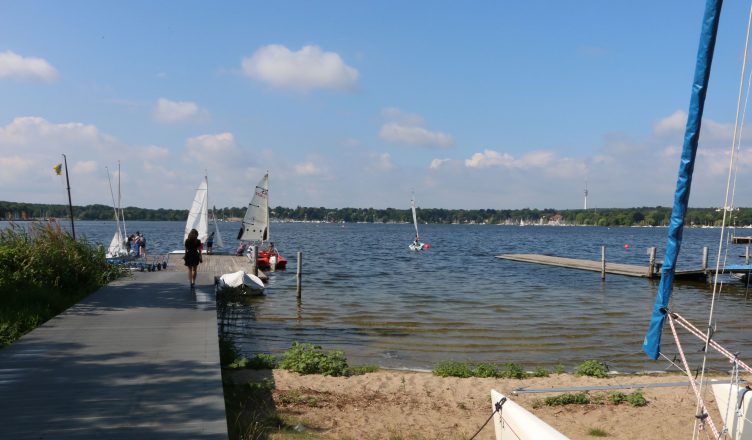 In my previous article I told you about what I consider to be really important to see whilst you are in Berlin.
While being in Berlin though, you will realize that there is so much more to see and probably be overwhelmed with the huge variety of sights.

The Wannsee is a lake at the border of Berlin, about 45 minutes by train from the central station. It’s the perfect place to relax and shut down if you had enough of the busy life in the city. There are not only areas where it is nice to take a walk but also beaches where you can swim in summer.

This is probably the easiest lake to reach from Berlin and even though quite a few people go there, you can still find a place to relax easily.

In Berlin Hohenschönhausen, a district which is actually quite far from the centre of the city, you can get the chance to check out a former prison of the GDR. You can take a look at the cells of inmates, see what an interrogation room looks like or even see a padded cell.

As a feature we recommend the guided tours around here. A lot of the guides are former inmates and know what it feels like to spent incredible amounts of time in this human-made nightmare.

The Sinti and Roma Memorial

This memorial is often overlooked by many tourists, even though it is one of the most central ones in Berlin and – in my opinion – even more impressive than the Stehlenfeld.
The Memorial for Sinti and Roma can be found in a part of the Tiergarten between the Reichstag and the Brandenburger Tor.

Berlin is offering quite a few local specialities that you should try out whilst being here!

Today the Döner is the typical Berlin Fast food. A nice assortment of salad, with thin slices of meat and some delicious sauces in a crunchy bread make a very tasty meal. 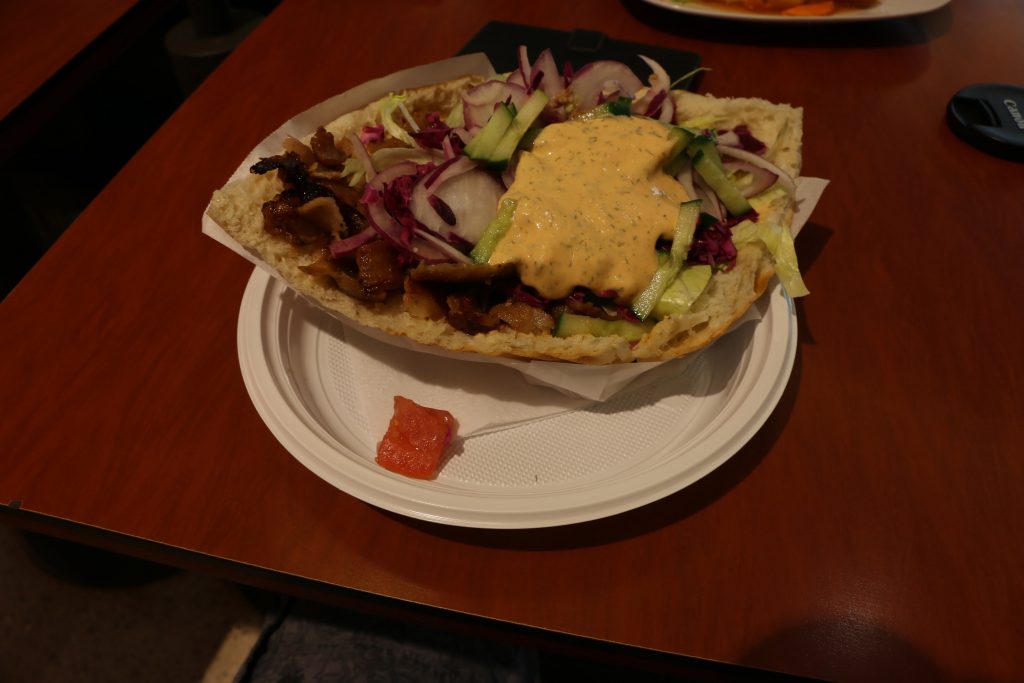 There is a lot of controversity about the Döner as we know it today in Germany, nobody really knows who actually invented it with some people even claiming it to be German.

Fact is, that Döner is a dish that clearly originates from Turkish culture and is sold in Turkish restaurants, mainly in Germany – the best ones can be found in Berlin!
This website was comparing the best Döner stores in Berlin, if you want to find the very best one, you should check it out!

Even though it is gradually being replaced by the first speciality, the Currywurst still stands for Berlin like hardly any other fast food.

Everybody knows that sausages are a German speciality and everybody who visited Germany knows that you can get “Currywurst” at almost any local festival throughout Germany. 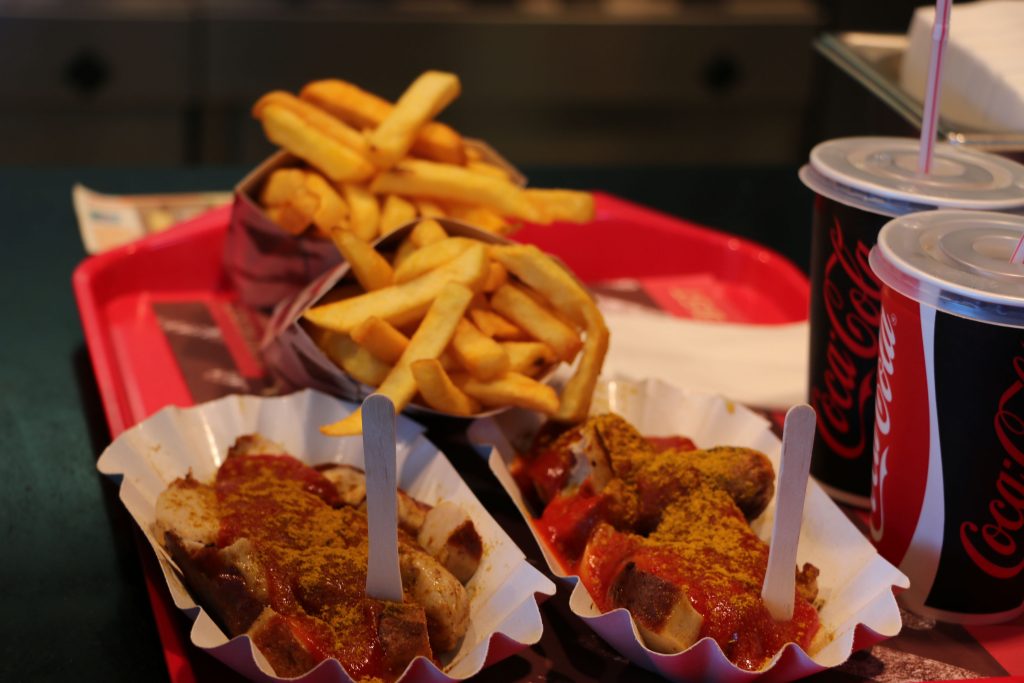 The “Champions” of Currywurst are the people from Berlin though: People here strive for the best and (on demand) spiciest sauce!

Almost any German city has its own beer brewery, some brands though just have slight differences what makes it hard to differentiate between them for somebody who doesn’t drink much beer.

But not so in Berlin: The Berliner Weiße already became cult for being sold in 2 different colours, green and red.

These colours stand for woodruff and raspberry and you should definitely try out one of them whilst being in Berlin!

The previously mentioned specialities can be found everywhere throughout Berlin. There are nice locations to be found almost everywhere but I want to recommend some specific places around the city.

The first recommendation is a big square with a lot of very nice restaurants close to Berlin cathedral.

At the Hackeschen Märkte, you can find one of the centres of the Berlin night life. 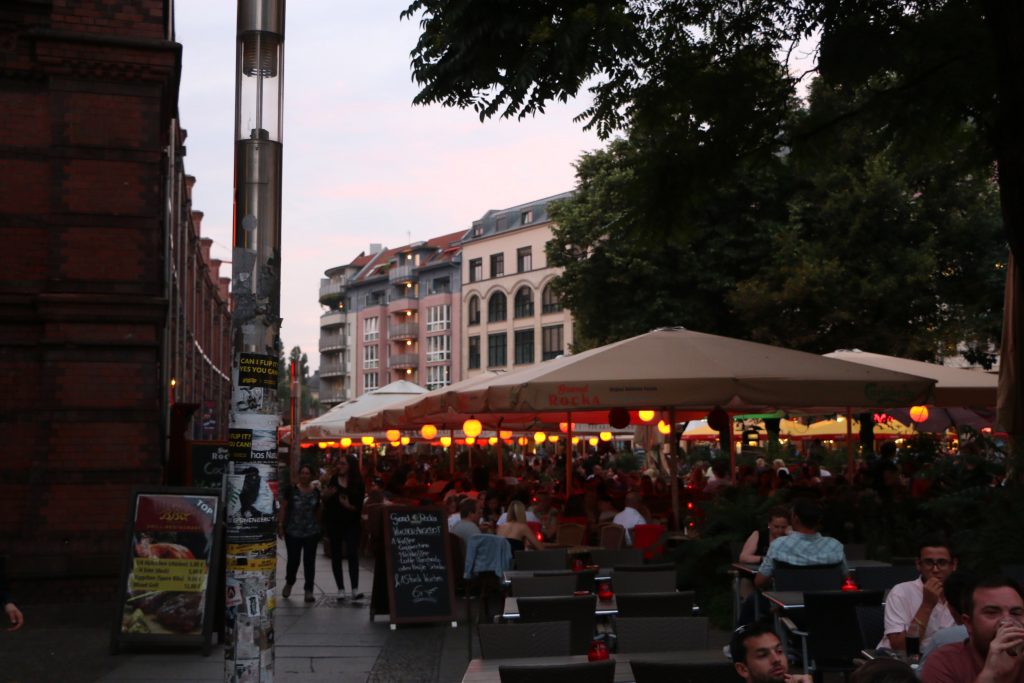 Most people will probably want to stop by one of the many restaurants with a nice atmosphere right outside the train station.

If you go further into this district, you can also find the Hackeschen Höfe, a lot of small courtyards between the buildings all of them different in their own special way.

The Loretta am Wannsee is a must for everybody who visits Germany but won’t make it to Bavaria.

It is located right next to the Wannsee, so you might also consider stopping by after a day at the lake.

In this Bavarian beer garden you can enjoy the view over the nearby lake, eat some Bavarian food and drink some really good beer! 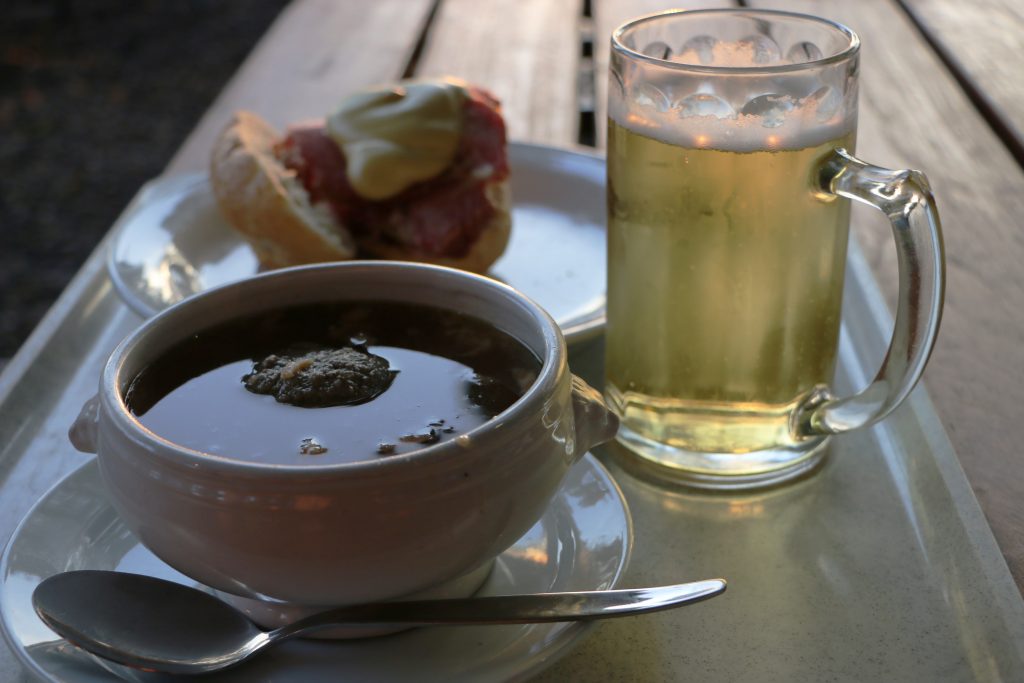 Finally I also want to present my own little discovery : The Schokodöner!
This is a chocolate desert which looks like a Döner!

You can find this desert at the Mehring Platz, close to the Station Hallesches Tor.

I personally think, that Berlin is one of the most important destinations within Germany.

This city as a whole is probably the best representation of Germany today – next to numerous remains of the Nazi Regime, the separation of Germany is more visible than in any other place.
At the same time the city is very new and very artistic! You can see the high buildings build by German major companies such as Mercedes or the Deutsche Bahn, as a symbol for our economy while also being home to the German Film industry today.

For me, visiting Berlin is a must on any tour throughout the country.