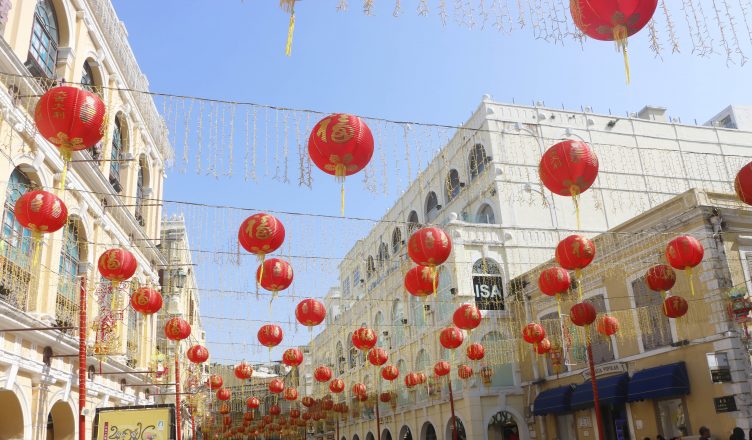 We had heard from friends that the former Portuguese colony of Macau would be really boring… that Macau was only for casinos. There are multiple Chinese movies related to gambling in Macau reinforcing this reputation.

Despite these preconceptions we found out that there is more to Macau than just casinos.

After crossing the border from Mainland China we immediately realised that all the signs were in Portuguese and could clearly see Portugese influence in the architecture. As Macau is fairly small we headed through its narrow streets guided by the GPS on my phone.

Found on a hilltop in the “Parque Municipal da Colina de Mong Ha” – this is a nice, small fort from where you can see most parts of northern Macau. This fort is one of the smallest forts so we got to explore the fort and enjoy the great view over the underlying town undisturbed.

The ruins of St. Pauls and the Fortaleza do Monte

The ruins of St. Paul was a church which burned down in 1835, only the front wall was sparred from the flames. These ruins are often incorrectly referred to as a former cathedral however this was a status the church never had. To most Europeans these ruins will be nothing special because this church actually would have looked like any other church in southern Europe. However, this might be the reason why it is so interesting to everybody else! Chinese interest in all things European meant the area in front of the ruins was completely overcrowded.


There is also a museum behind the church but as the whole area was overcrowded, we instead went on to the “Fortaleza do Monte” which can be found next to the ruins.

A small hike will bring you to this large fort, which was once the military centre of Macau.


The Light house on Guia Hill

The “Colina da Guia” is a hill in the East of Macau where you can find the lighthouse of the former colony and 2 military tunnel complexes. The best way to go there is to take the cable car which starts close to the northern entry of the road tunnel under the hill. The roundtrip ticket costs you 3 Patacas per person and brings you up the hill, close to the tunnel Complex B. From there you would just have to follow the signs to get to the lighthouse which is – again – built inside a fort.

The tunnel Complex A is right underneath the lighthouse and features a small exhibition about the military history of Macau as well as the Portugese occupancy of Macau. 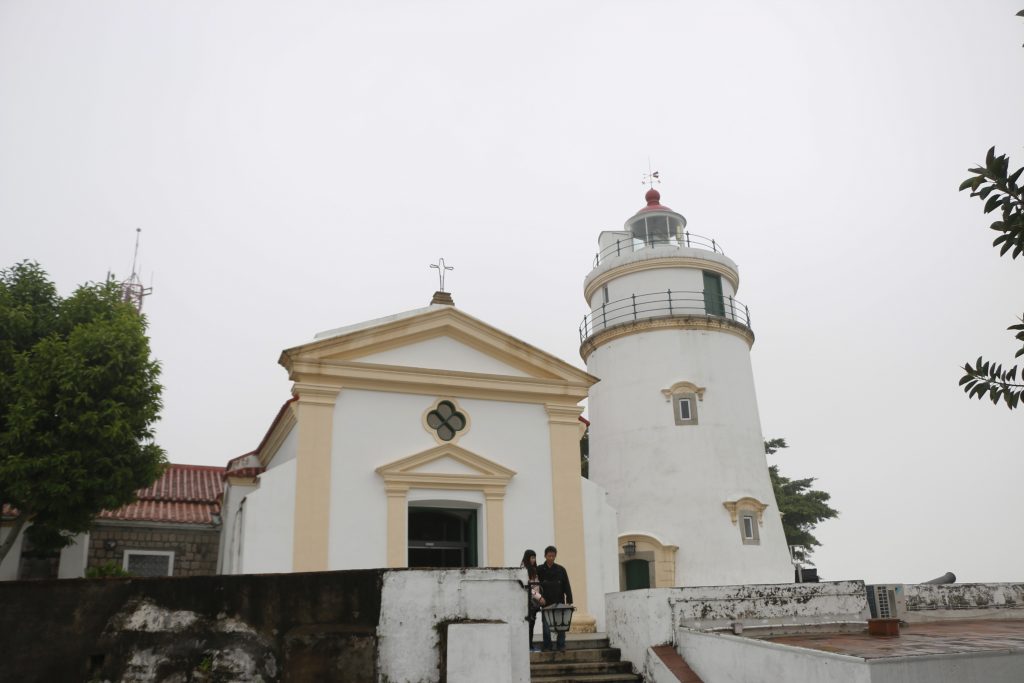 The Senado Square personally reminded me of a Chinese version of a southern European city. The churches and other buildings around looked European but there were Chinese shops inside and decoration for the Chinese New Year in the streets. I personally loved this mix of Portugese and Chinese culture!

As Guangdong is the next province in Mainland China, the Chinese food here is mainly from there. Especially the soups from Guangdong are to be recommended, you can find them in many street food shops around the city.
There is also a Chinese desert called Doufuhua (豆腐花) made from Tofu which is available around Macau.

If you are Chinese or have been in China for a long time, you might want to try out some Portuguese dishes.
The most popular breakfast in Macau is the Macau Pork Chop Bun, a slab of pan fried meat in a crispy bread roll. Simple, but very tasty!

Obviously the Portuguese cuisine in Macau is features many baked things so a visit to a bakery here is a must!

Especially at the Senado Square you can find many bakeries, all of them offer free samples so make sure to try them out.

The most famous product in here are the “Pastel de Nata”, small tarts which are filled with custard.

Don’t miss the almond cookies! I personally liked the ones with fillings most.

Other things you can do or visit around Macau:
1.Visit Hong Kong!
2.Go hiking around Hong Kong!
3.Do an augmented reality tour in Hong Kong!