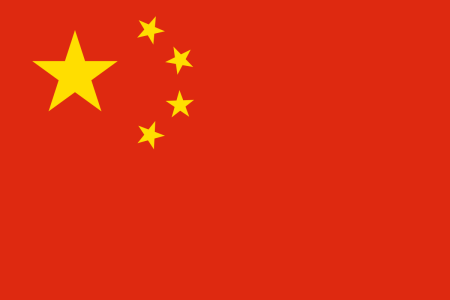 We are San Pin, which means ‘3 outlooks’ in Mandarin. This name derives from of our authors who each come from China, Germany and the UK respectively. We recently started blogging about life in China and our other trips abroad. As a travel blog with the focus on China, Leon discovered the Swiss blog Sinograph which is currently doing a ‘blog parade’ with the topic of Stereotypes.

Having already read many accounts of people’s experiences in China, the topic of stereotypes called to us. We had previously read several posts on Sinograph’s blog parade, shedding light on stereotypes.

One specific post by Bambooblog blog was particularly interesting, giving an insight into China’s development over the past few decades. As such we wish to participate in this parade, talking about our previous stereotypes prior to arriving, which ones were wrong and how we cope with those that were correct.

The first stereotype we would like to address is the ‘honour’ of Chinese people or keeping their face. When I first came to China, I was always told to be careful because Chinese people tend to take things very personally. Even when you are attempting to be nice, things might be taken the wrong way causing friction in relationships. This can be true anywhere however; criticism can evoke an emotional response and people will often struggle to hear common sense.

Upon arriving we gradually got the impression that most Chinese people don’t care about this matter and many Chinese people will often take advantage of this stereotype. Every single member of our blog has been scammed in China and you can read the accounts of this on our blog:

Obviously such things don’t happen every day, but are clearly a problem! Often if you are confident enough, you can attempt to stand your ground and if necessary you can call the police. However, in both these cases we didn’t want to cause trouble so decided to pay, which upon reflection was clearly a mistake!

In the West many say that Chinese people eat weird food, especially dogs and cats. Yong told us that the Chinese do not eat cats and she is from Guangdong, however we recently found out that in Guangxi and Guangdong people eat cats! There are also cities in China where people eat dogs too. We personally have never seen this so far but we know that dog is a delicacy in the province of Yulin and some cities in Zhejiang.

Meats are not the only weird foods though! For example there is the 100 year old egg and many strange variations of tofu! When you come here, you will get the chance to try out many different things that you might have never tried before. I have seen different insects, snails, frogs and turtles that are clearly being sold as food. Chicken feet are often sold in packets from shops as snacks and there are also many tasty dishes involving intestines! YUCK.
In spite of this, Chinese cuisine has many great dishes that you could like which don’t use such strange ingredients. Most restaurants are also quite cheap as well so most of the time you can get a good meal for a good price.

Travelling is a great opportunity to leave your comfort zone (or as a German would say jump over your shadow!). Eating new things is a great way to do this and you will often find things that you won’t have known you liked…just not intestines!
I personally tend to try something out first and then ask afterwards what it was. I recently ate frog, which is normal for French people but something extremely strange to Germans. A credit to the French, as I personally liked it. It tasted a little bit like chicken but with way too many bones. I also once tried out a soup containing a dark jelly which turned out to be blood pudding. This was not my thing but a common ingredient in Full English breakfasts!

Of course it is wrong to eat endangered animals but eating animals such as dogs was once common place in Europe. Eating cows which are one of the West’s main sources of meat is considered unthinkable to some, with hardcore Hindu Indians recently killing based on the mere suspicion of eating beef! Obviously pay attention not to eat endangered animals but apart from that just try out everything that looks interesting, because that’s the reason why you’re traveling, isn’t it?

Another topic I would like to talk about is the difficultly of the Chinese language. Most people that I read about who came to China basically say to just figure it out as you go along, parents and friends will naturally worry that things will be difficult but it’s part of the adventure.

Personally my own experience has been different, with my first experience of China on a students’ exchange with students who had studied German for many years. As well as this we also all had a good command of English. This was in Shanghai and thanks to my exchange student I had nothing to worry about!

After this stay, I decided to do an internship in a Chinese company in Hangzhou. I had some Chinese classes prior to this but most of the time was spent inside the company where everybody spoke English. Although outside of the company there were challenges as Chinese people generally don’t speak English.

Memorising numbers and basic conversational words can come in extremely useful here but often you can find a solution around the language barrier without knowing any Chinese! Shops for example want to sell you things and will do their best to solve any problems you have with Chinese. Knowing this was definitely reassuring for the future but I still decided to learn more Chinese to make things easier for when I would return again. I still have much to learn however!

People staring at you and taking photos

Many foreigners, especially tall, blond people complain that Chinese people often stare at them. Of course as a foreigner, WaiGuoRen or LaoWai I have had such experiences as well. The strange thing for me is that I experienced these things more in Shanghai than in the province of Zhejiang. I think this is really strange because Shanghai is always said to be so cosmopolitan but the people there are still surprised to see a foreigner. However in Hangzhou you can also experience how crazy Chinese people are about western people .

The weirdest experience I’ve ever had was maybe 3 months ago in the university canteen. I was just getting my lunch like every other day, with some friends from my course. We were minding our own business talking about our last classes, when it came to my attention there was a group of girls gossiping quite loudly at the table right in front of me. I didn’t know any of them so I tried to focus on the discussion with my friends again, but every once in a while I looked up. One of the girls was showing her friends something on her phone and by accident she showed the display of her phone in my direction. Her phone showed my profile picture from WeChat!

As mentioned before, I didn’t know any of them, so this was a completely shock to me. Where did they get this picture? Did they have my WeChat contact? What are they doing with it? How could she know that it was me? I mean of course you can recognize me from my profile picture but to find my profile in such a short time wouldn’t be possible. She probably didn’t have it on her phone and so maybe had it saved somewhere!

“Look, there’s a foreigner! That’s cool! (or something.) “
“Ah, yes, I know him, that’s Leon from Germany, he’s studying here.”
“From where do you know?”
“Ah, I have been stalking him for the past 3 weeks. Look, I found his WeChat contact, look at his profile picture!”
“Coooooool.”

Okay… That’s probably not what happened exactly, but it makes me worry. This event scared me and I was worried that somebody was stalking me. Although this happened a few months ago and since I haven’t heard anything from these girls, this doesn’t mean that the situation is solved!

Back to the topic, I wouldn’t worry as a normal tourist. We see many aspects of life here that you simply won’t see while you are travelling elsewhere. As a tourist you are unlikely to meet the people taking photos of you in your daily life. Many people, especially from the more rural areas might want to take a photo with you, but they will probably not do anything with it and might delete it after some time as well. After all, you’re just a stranger to them.

There are also approaches from the government and big companies which are clearly to be approved of, however in my opinion individuals are still a major part of the problem.
So far I haven’t seen anybody here in China separating the trash for example. Recycle bins are placed frequently around Hangzhou, however it seems that most people are incapable of recycling correctly. Then there are the people like the repair man downstairs, who are just throwing empty oil canisters into the bushes in front of their workshop.

Old trucks frequent the roads spewing emissions out all over the country, however following the Volkswagen scandal perhaps the same can be said for Europe!

Although these issues may not be the biggest issues they still damage the environment and the ignoring the culture surrounding these issues is not going to help solve the problem. Hopefully such problems can be taken care of sometime soon and as most people are in favour of helping the environment, I think the Chinese government has a good chance of being successful.

I hope you enjoyed our article about stereotypes in China and you are now better informed about these issues. On Sinograph, there are many other Germans who also wrote about their stereotypes when going to a foreign country and how they coped with them. If you are interested, we encourage you to check them out here: LINK

If you have your own experience with stereotypes, maybe you would also want to write another post for the blog parade on Sinograph, which is going on until the 15th of January.
We are happy about any comments you make below if you want to discuss this post!